From The Wall Street Journal by Nick Timiraos

A private-equity fund that generated big profits by scooping up empty data centers after the technology-stock bust in 2000 is now making a big bet on foreclosed homes.

The fund, GI Partners in Menlo Park, Calif., plans to announce on Wednesday a $250 million investment in Waypoint Real Estate Group, an Oakland-based company that buys foreclosed homes at discounts and rents them out to tenants. The investment is among the largest to date by an institutional investor in the nascent single-family rental space.

Richard Magnuson, managing director of GI Partners, said the private-equity fund could eventually expand its investment to $1 billion over the next two years if the initial round is successful.

“They seem to be getting the kinds of yields we need for our investors,” said Mr. Magnuson. The question now, he says, is “can you scale it to 5,000 or 10,000 homes, because the supply is there.” 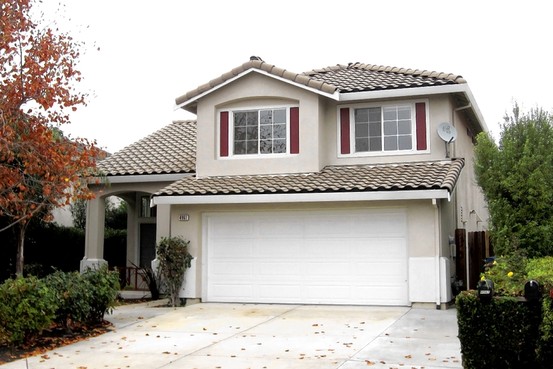 Waypoint HomesWaypoint purchased this Antioch, Calif., home for $140,000 and is marketing the rental at $2,049 a month.
In 2001, GI purchased empty data centers that had been overbuilt during the dot-com boom, becoming one of the largest landlords for this type of property. After the technology sector rebounded, GI spun off the centers in to Digital Realty Trust, a real-estate investment trust that went public in 2004 and has a $7 billion market capitalization.

Mr. Magnuson said the investment in single-family rentals “sounds pretty similar.” Currently, Waypoint operates in the San Francisco area and Southern California. But with the GI investment, the company plans to expand to other markets, which could include South Florida, Chicago, Atlanta, Las Vegas and Phoenix.

Private-equity and hedge-fund money has examined foreclosures since the housing downturn accelerated in 2007. But the space has been mostly dominated by local investors that buy homes in foreclosure auctions at courthouse steps. Home prices have stayed soft over the past two years while rents have begun rising, leading some investors to turn from flipping properties for a quick profit to holding them as rentals.

Institutional investors have largely been bystanders because they haven’t been willing to develop the complex infrastructure needed to manage hundreds or thousands of scattered rental properties.

Fannie Mae, Freddie Mac, and other foreclosed-property sellers also have frustrated these investors by resisting bulk sales, which require sellers to take deep discounts, hampering their efforts to scale up.

Single-family rental investment represents the fastest growing real-estate asset class, said Waypoint co-founder Colin Wiel. “But today it’s all done by mom-and-pop owners,” he said. “It’s the industry that nobody thinks about because no large companies have entered into it.”

Waypoint buys about a half-dozen houses daily and uses a technology-based model that allows it to evaluate around 33 properties for every home that it purchases. The firm leases back properties to former owners if they haven’t yet been evicted. “We want to do it whenever possible. It’s a win for us and for the former owners,” said Mr. Wiel.

The idea of converting foreclosed homes to rentals has appeal because many foreclosed owners may still prefer living in single-family homes. “Families don’t want an apartment. They want a house,” Mr. Magnuson said.

White House officials and other U.S. policy makers are looking at rental conversions to help clear a glut of foreclosed homes. A 26-page paper from the Federal Reserve last week offered detailed outlines of how such programs might work, and federal agencies and mortgage titans Fannie and Freddie could announce pilot programs within weeks.

Such rental conversions are appealing because the supply of potential foreclosures is enormous. Banks took back about 600,000 homes in 2010 and 1.1 million last year, but those figures could rise to 1.8 million in each of the next two years, according to estimates by the Federal Reserve Bank of New York.

At the same time, distressed property prices are faring much worse than those for traditional properties.